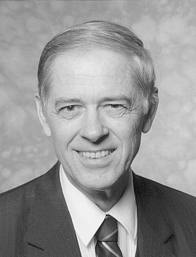 American United Methodist theologian and religious author; Buttz Professor (retired) of Theology and Ethics at Drew University in New Jersey. He was born in Altus, Oklahoma, and holds a Doctor of Literature from Asbury College.

Oden is best known as a proponent of paleo-orthodoxy , an approach to theology that often relies on patristic sources. He has published a series of books that he says are tools for promoting "classical Christianity." Oden suggests that Christians need to rely upon the wisdom of the historical Church, particularly the early Church, rather than on modern scholarship and theology, which is often, in his view, tainted by political agendas. Oden is also the general editor of the pioneering series The Ancient Christian Commentary on Scripture. He has held positions at Yale University, Texas Medical School, Princeton Theological Seminary, School of Theology at Claremont, and many other universities.

▪ Agenda for Theology, later re-published as After Modernity...What?

▪ Ancient Christian Commentary on Scripture series, which pieces together Biblical commentary from the Church's first millennium

▪ Care of Souls in the Classic Tradition

Vol. 2: Ministry through Word and Sacrament

▪ Doctrinal Standards in the Wesleyan Tradition

▪ John Wesley's Scriptural Christianity: A Plain Exposition of His Teaching on Christian Doctrine

▪ One Faith: The Evangelical Consensus (written with J. I. Packer) Pastoral Theology: Essentials of Ministry

▪ The Rebirth of Orthodoxy: Signs of New Life in Christianity Requiem: A Lament in Three Movements

▪ The Structure of Awareness 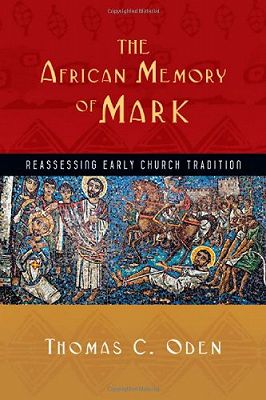 Книги
The African Memory of Mark: Reassessing Early Church Tradition
Oden, Thomas C.  —  27 апреля 2012
We often regard the author of the Gospel of Mark as an obscure figure about whom we know little. Many would be surprised to learn how much fuller a picture of Mark exists within widespread African tradition, tradition that holds that Mark himself was from North Africa, that he founded the church in Alexandria, that he was an eyewitness to the Last Supper and Pentecost, that he was related not only to Barnabas but to Peter as well and accompanied him on many of his travels.In this provocative reassessment of early church tradition, Thomas C. Oden begins with the palette of New Testament evidence and adds to it the range of colors from traditional African sources, including synaxaries (compilations of short biographies of saints to be read on feast days), archaeological sites, non-Western historical documents and ancient churches. The result is a fresh and illuminating portrait of Mark, one that is deeply rooted in African memory and seldom viewed appreciatively in the West.