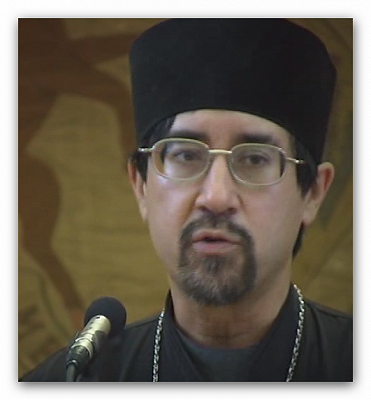 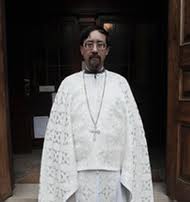 The Revd Dr Alexander Tefft, M.Div., is Chaplain at the Institute for Orthodox Christian Studies in Cambridge, UK. He is a graduate of St Tikhon's Orthodox Theological Seminary in the USA and Parish Priest of the Antiochian Orthodox community in London, meeting at St Botolph's Church near Liverpool Street. He is also Assistant Dean of the Antiochian Orthodox Deanery of UK and Ireland. A Canadian resident in London, he has a BA in Russian and German (University of Victoria, 1981-1986) and a PhD in Orthodox ecclesiology (Anglia Ruskin University, 2003-2011).

Fr Alexander has served under the Orthodox Church in America and the Patriarchate of Moscow, as well as the Patriarchate of Antioch. He has been a Commonwealth Scholar at Oxford University and has taught Orthodox dogmatic theology and church history in Canada, the USA, and the UK since 1991. He has been a tutor at the IOCS since 2004, where he created and teaches the MA in-house course on Orthodox apologetics. 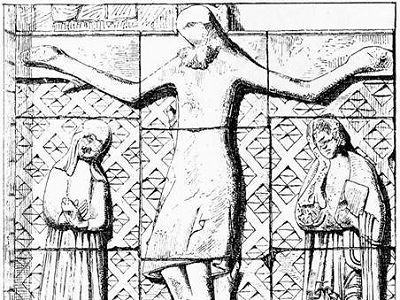 Статья
The Real England: A Tribute to the Saints of Barking
Tefft, Alexander, Priest  —  17 декабря 2012
In this talk, first given at the annual Orthodox pilgrimage to the monastery of Barking, England, Fr Alexander Tefft examines the long history of Barking Abbey, a monastery that played an important role in the life of the English Church. He describes the saints connected with the abbey, and poses the question: for Orthodox Christians, living in an increasingly multi-ethnic society, what is the real England? 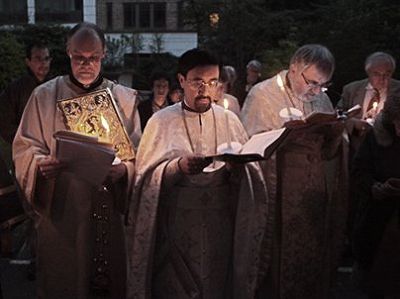