Marcus Plested is Vice-Principal and Academic Director of the Institute for Orthodox Christian Studies, Cambridge, and Affiliated Lecturer, Faculty of Divinity, University of Cambridge, UK. He was schooled in London and went on to read Modern History followed by Theology at Merton College, Oxford. He took his doctorate from Oxford in 1999 with a thesis on the Macarian Homilies supervised by Metropolitan Kallistos (Ware). He has been at the Institute for Orthodox Christian Studies since 2000.

Dr Plested has taught, lectured, and published widely in the field of Orthodox Christian studies. His first book was The Macarian Legacy: The Place of Macarius-Symeon in the Eastern Christian Tradition (Oxford: OUP 2004). Other research interests include the understanding of wisdom in the Christian tradition and the interaction between western and eastern theological traditions. He was received into the Orthodox Church in 1992. 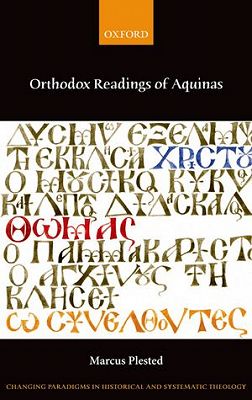 Книги
Orthodox Readings of Aquinas
Plested, Marcus, Dr  —  1 ноября 2012
This book is the first exploration of the remarkable odyssey of Thomas Aquinas in the Orthodox Christian world, from the Byzantine to the modern era. Aquinas was received with astonishing enthusiasm across the Byzantine theological spectrum. By contrast, modern Orthodox readings of Aquinas have been resoundingly negative, routinely presenting Aquinas as the archetype of as a specifically Western form of theology against which the Orthodox East must set its face. Basing itself primarily on a close study of the Byzantine reception of Thomas, this study rejects such hackneyed dichotomies, arguing instead for a properly catholic or universal construal of Orthodoxy – one in which Thomas might once again find a place.