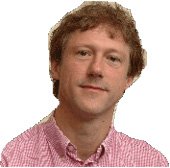 Robert Hoyland is a scholar and historian, specializing in the medieval history of the Middle East . He is a former student of historian Patricia Crone and was a Leverhulme Fellow at Pembroke College, Oxford . He is currently Professor of Islamic History at the Oriental Institute at the University of Oxford , having previously been a Professor at the University of St. Andrews.

Hoyland's best-known work Seeing Islam As Others Saw It is a contribution to early Islamic historiography, being a survey of non-Muslim eye witness accounts of that period.

Seeing Islam as Others Saw it. A survey and analysis of the Christian, Jewish and Zoroastrian writings on Islam (Darwin; Princeton, 1997).

Arabia and the Arabs from the Bronze Age to the Coming of Islam (Routledge; London, 2001).

Muslims and Others in early Islamic society (Ashgate; Aldershot, 2004).

with Simon Swain et al., Seeing the face, seeing the soul. The art of physiognomy in the Classical and Islamic Worlds (Oxford University Press, 2007).

‘The content and context of early Arabic inscriptions', Jerusalem Studies in Arabic and Islam 21 (1997).

'The earliest christian writings on Muhammad: an appraisal' in H. Motzki ed., The Biography of Muhammad (Leiden, 2000).

‘Language and Identity: the twin histories of Arabic and Aramaic', Scripta Israelica Classica 23 (2003).

"History, Fiction and Authorship in the first centuries of Islam"; Writing and Representation in Medieval Islam; Julia Bray (ed); Routledge; 16-46 (2006)

Epigraphy and the Linguistic Background to the Qur’an” in G.S. Reynolds ed., Towards a New Interpretation of the Qur’an 1 (London, Routledge, 2007).

“Writing the Biography of the Prophet: Problems and Solutions”, History Compass 5 (2007).

“Arab kings, Arab tribes and the beginnings of Arab historical memory in Late Roman Epigraphy” in H. Cotton, R. Hoyland, J. Price and D. Wasserstein eds, From Hellenism to Islam: Cultural and Linguistic Change in the Roman Near East (Cambridge, 2009). 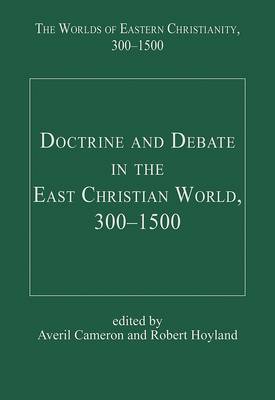 Книги
Doctrine and Debate in the East Christian World, 300-1500
Cameron, Averil, Prof. Dame, Hoyland, Robert  —  1 февраля 2012
The reign of Constantine (306-37), the starting point for the series in which this volume appears, saw Christianity begin its journey from being just one of a number of competing cults to being the official religion of the Roman/Byzantine Empire. The involvement of emperors had the, perhaps inevitable, result of a preoccupation with producing, promoting and enforcing a single agreed version of the Christian creed. Under this pressure Christianity in the East fragmented into different sects, disagreeing over the nature of Christ, but also, in some measure, seeking to resist imperial interference and to elaborate Christianities more reflective of and sensitive to local concerns and cultures.