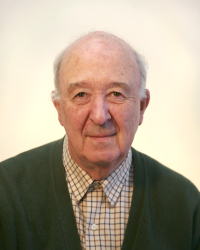 Peter Brown, the Philip and Beulah Rollins Professor of History, is credited with having created the field of study referred to as late antiquity (250-800 A.D.), the period during which Rome fell, the three major monotheistic religions took shape, and Christianity spread across Europe. A native of Ireland, Professor Brown earned his B.A. in history from Oxford University (1956), where he taught until 1975 as a Fellow of All Souls College. He joined the Princeton faculty in 1986 after teaching at the University of London and the University of California, Berkeley. Professor Brown’s primary interests are the transition from antiquity to the Middle Ages and the rise of Christianity, and he has pursued them through investigations into such diverse topics as Roman rhetoric, the cult of the saints, the body and sexuality, and wealth and poverty.

Professor Brown has been the recipient of a MacArthur Fellowship (1982), a Guggenheim Fellowship (1989), and the Mellon Foundation’s Distinguished Achievement Award (2001). In 2008, he won the Kluge Prize of the Library of Congress.