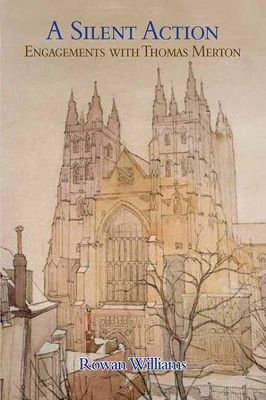 A Silent Action: Engagements with Thomas Merton
Williams, Rowan Douglas, Archbishop of Canterbury  —  6 января 2012
5
Thomas Merton’s life, especially once he had become a monk, was to a great extent one of dialogue with people who were either distant or dead (many saints and writers of past centuries). Rowan Williams looks closely at two such relationships in Merton’s life—first with the Orthodox theologian, Paul Evdokimov, and then with Karl Barth, the Reformed theologian who, by a surprising providence, died on the same day as Merton. Rowan also takes note of the impact on Merton’s thought of books by Hannah Arendt, Dostoevsky, Vladimir Lossky, Olivier Clément, Bonhoeffer, Boris Pasternak, and St. John of the Cross.
Книги
2011 г.  ISBN 9781891785788
Вспомогательные дисциплины Литературоведение
Богословие
Религия и мир

Not the least of the many meeting points for Merton and Rowan is their Orwell-like awareness of the abuse of language, so easily used for magical (that is to say, manipulative) ends. Thus war is described and justified in words that mask its actual purposes, de- humanize the adversary, and cloak its actual cost in human agony. The problem extends to religious words as well—ways of speaking about God that flatten rather than unveil.

We also see in these several essays that Rowan, no less than Merton, regards Christian life without a contemplative dimension as incomplete and also recognizes that the contemplative life is accessible not only to those living in monasteries but to anyone who seeks an ‘interiorized’ monasticism, for ‘contemplative prayer is the vocation of every believer.’

For the Orthodox Christian, it is often noted, there are ‘at least’ seven sacraments. On the long list that can be attached to the seven, surely one is the mystery of friendship: an enduring relationship held together not only by affinity, shared questions and common interests, but the awareness that each can help the other in a quest- a partnership in pilgrimage. As the bond between Rowan Williams and Thomas Merton bears witness, not all friendships depend on being of the same generation or even being simultaneously alive.

In this insightful and challenging collection of essays Rowan Williams turns the powerful searchlight of his remarkable intellect on one of the leading Christian writers of the twentieth century uncovering Merton’s seemingly endless insight into the human condition and our relationship with God and with one another. This little volume is a clarion call to readers to rediscover the breathtaking wisdom of Thomas Merton and his timely relevance for our own century.

Author of “Living With Wisdom: A Biography of Thomas Merton”

What a delight to have gathered here all the various extant essays on Thomas Merton by Archbishop Rowan Williams, most of which appeared in English journals. Students of Merton will find insightful commentaries on the writings of the youthful as well as the m ore mature American Cistercian author, tracing the influences of Blake, Hopkins and Newman, as well as the Russian Orthodox mystics.

It deserves a wide readership for which we salute Gray Henry and Fons Vitae Press.

Engagements with Merton don’t come more wonderingly than this. Surprising, illuminating, playful, and wry, Rowan Williams draws the Trappist into speech that helps us all think more deeply. These essays make us hear words more capacious yet penetrating than we usually like to hear—not just about Merton but about many dimensions of the world’s long, slow re-making in Christ. Regular readers of either Merton or Williams will be especially absorbed by their usual author’s encounter with the other one, in ways that allow us to sense new insights in each.

Few in what Williams terms the “whole industry of Merton Studies” have the intellectual breadth to evaluate the monk. Williams does. His refreshingly unhagiographical essays explore Merton’s poetic language, monasticism and Orthodox Christian thought with a perspecuity and spiritual maturity that illuminate the themes’ convergences. The beautifully produced, small, dense volume is what its author claims for his subject: sophianic. I highly recommend it.