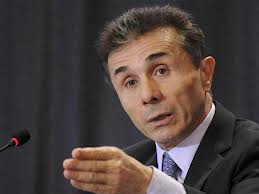 Georgian Prime Minister Bidzina Ivanishvili believes instances of religiously-motivated confrontation between various groups of people in Georgia, which have become increasingly more frequent in the past several weeks, are provocative and are intended to discredit the authorities.

Ivanishvili said in a statement posted on the Georgian government website that confrontation between Christians and Muslims in some regions of Georgia is unacceptable.

"I want to stress that such confrontation is alien to our people. There has never been a single instance of religiously-motivated confrontation in Georgia's history, and therefore the recent facts of such confrontation are openly provocative and are aimed at discrediting our state," Ivanishivli said in his statement.

The Georgian government will not allow the violation of the people's freedom of conscience, he said.  "The law enforcement agencies will investigate every fact, and those guilty will be punished," he said.

It was reported earlier that Orthodox believers in several villages in western Georgia tried to prevent Muslim believers who had earlier been resettled to their villages from Ajaria from holding weekly prayers.  The latest instance of such confrontation happened on Friday in the village of Tsintskaro, where locals attempted to bar Ajarian Muslims from entering a house they had bought earlier and where they held weekly Friday prayer services. Police managed to prevent a clash between the confronting parties.