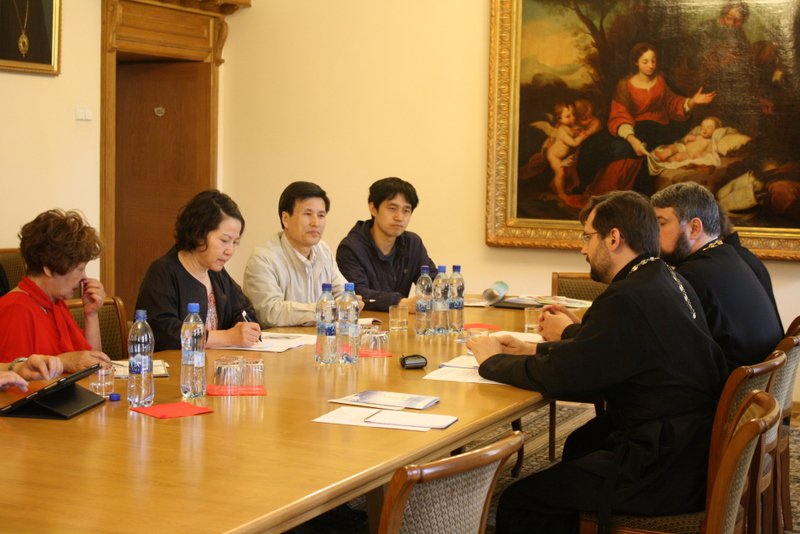 On 2 June 2012, a meeting with a delegation from South Korea, led by Rev Ra Haek Jip, Vice Chairperson of the Reconciliation and Unification Committee NCCK, took place at the Department for External Church Relations (DECR).

On behalf of the DECR leadership, the Korean delegation was received by Archpriest Dimitry Sizonenko, secretary for inter-Christian relations. He told the guests about the present situation of the Russian Orthodox Church and its attitude to the reconciliation and unification of Korea.

The participants in the meeting exchanged opinions on “The Train of Peace.” This action has been proposed by the Korean Churches for the 10th Assembly of the World Council of Churches to be held in Busan, Republic of Korea, on 30 October – 8 November 2012. In October 2013, representatives of churches from different countries will board the train in Germany and go to South Korea. Workshops, concerts, and peace meetings will be held at stopping-places, such as Berlin, Moscow, Irkutsk, Beijing, Pyongyang, Seoul, and Busan.