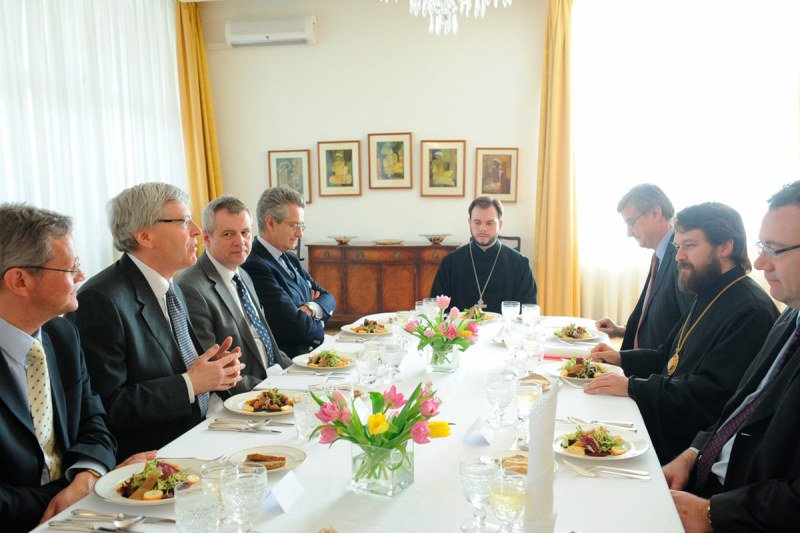 On 23 April 2012, Metropolitan Hilarion of Volokolamsk, chairman of the Moscow Patriarchate’s Department for External Church Relations (DECR), met with ambassadors of EU member states to Russia. The meeting was held as a business lunch at the Embassy of Ireland.

Discussed was a wide range of issues, such as the situation of the Russian Orthodox Church in the European countries, inter-Christian dialogue, and the role of traditional moral values in European societies. The DECR chairman answered many questions.