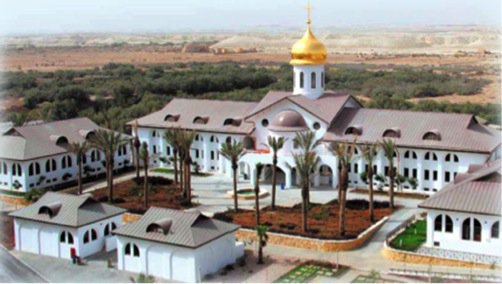 Russian-Jordanian interfaith relations
Gusterin Pavel  —  17 ноября 2014
Abdullah II, King of Jordan Hashemite Kingdom, came to Moscow with next working visit, during which he had a meeting with the President of Russian V.V. Putin on October 2, 2014. There is a widespread belief that Moscow and Amman interact only because of Jordanian interest in Russian armaments. However, this is not so.
Статья
Религия и мир Церковь и государство
Вспомогательные дисциплины Религиоведение

Religious tourism is an important area of cooperation between Russia and Jordan. In June 2012, during the visit of President Putin was established the Russian House of pilgrims near the place of baptism of Jesus Christ in the Jordan River (El Maghtas). President Putin during his next meeting with King Abdullah II on February 19, 2013 once again thanked him for the transfer of a land plot for the Russian pilgrims.

At the initiative of King Abdullah II in July 2006 Russia was presented a plot of land of one hectare in perpetuity and free of charge. Land, allocated for Russia on the territory of religious and archaeological reserve “The Place Baptism of Jesus Christ” is considered “waqf” according to the Jordan legislation, intended to be used exclusively for religious purposes and exempt from any taxes. In 2007, the Russian side has taken a decision to construct on this site a wanderers house of the Russian Orthodox Church to accommodate pilgrims. The foundation of the house allowed Jordan to host more than 2 thousand of pilgrims from Russia monthly.

Before this, Russians have mainly visited Christian holy places in the territory of Israel and Palestine.

Now they will have more opportunities to visit El Maghtas, as well as the Church of St. George with Byzantine mosaic in the city of Madaba, mountain Nevo with the tomb of the prophet Moses and others.

Also, the meeting of Patriarch of Moscow and All Russia Kirill with King Abdullah II in November 2012 during the visit to Jordan is one more proof of the growth of the Russian Orthodox Church authority in the countries with predominantly Muslim population.

Previously, in May 2006, the Russian Public Foundation “Center of National Glory” honored King Abdullah II with International Prize of St. Andrew in the nomination “Dialogue of Civilizations”.