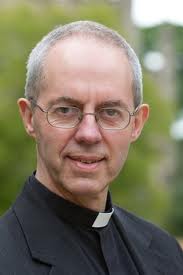 Welby worked for 11 years in the oil industry for the French oil company Elf Aquitaine based in Paris, in 1984 becoming treasurer of the oil exploration group Enterprise Oil PLC in London. He retired from his executive position in 1987, when he said he sensed a calling from God to be ordained.

From 1989 to 1992, Welby studied theology and trained for the priesthood at Cranmer Hall and St John's College Durham before becoming a curate at Chilvers Coton with Astley (Nuneaton) from 1992 to 1995. He then became rector of St James' Church, Southam and later vicar of Ufton from 1995 to 2002.

Welby was consecrated at York Minster on 28 October 2011 and was enthroned as Bishop of Durham in Durham Cathedral on 26 November 2011.

Библиография работ автора: Welby has written widely on ethics and on finance, featuring in books such as Managing the Church?: Order and Organization in a Secular Age (Continuum, 2000) and Explorations in Financial Ethics. Welby's dissertation, an exploration into whether companies can sin, marks his point that the structure of a system can "make it easier to make the right choice or the wrong choice." His dissertation led to the publication of a booklet entitled Can Companies Sin?: "Whether", "How" and "Who" in Company Accountability, (Grove Books, 1992).
#Anglican Communion
#Business