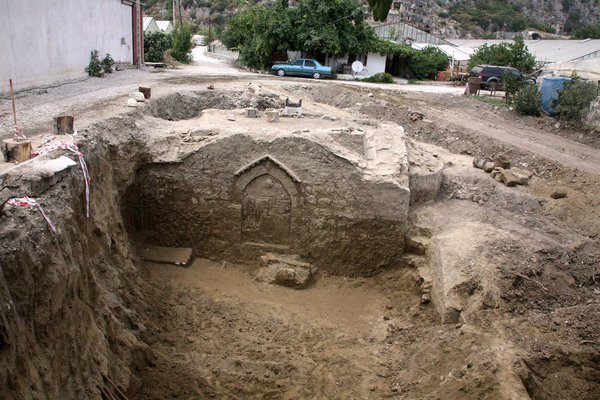 DEMRE, Turkey — In the fourth century A.D., a bishop named Nicholas transformed the city of Myra, on the Mediterranean coast of what is now Turkey, into a Christian capital.

Nicholas was later canonized, becoming the St. Nicholas of Christmas fame. Myra had a much unhappier fate.

After some 800 years as an important pilgrimage site in the Byzantine Empire it vanished — buried under 18 feet of mud from the rampaging Myros River. All that remained was the Church of St. Nicholas, parts of a Roman amphitheater and tombs cut into the rocky hills.