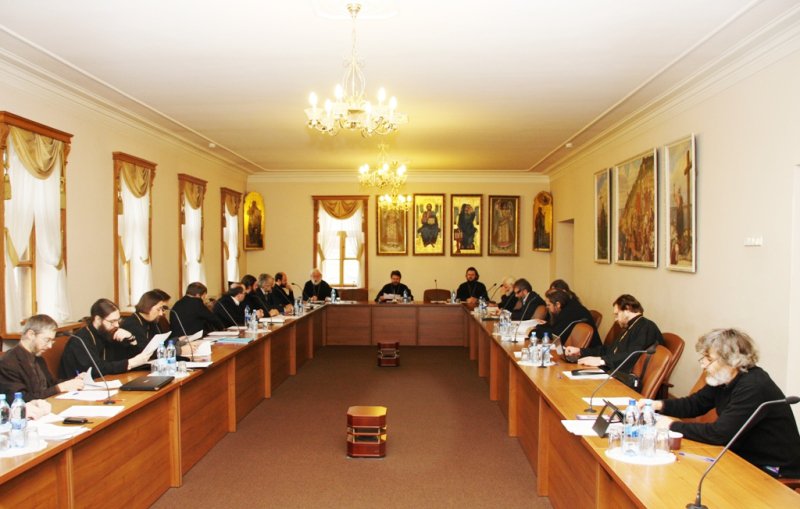 The Synodal Biblical-Theological Commission met for a plenary session at the conference hall of the Moscow Patriarchate’s Department for External Church Relations. It was chaired by Metropolitan Hilarion of Volokolamsk, chairman of the Commission.

Among the participants in the session were Archbishop Yevgeny of Vereya, chairman of the Education Committee and rector of the Moscow theological schools; Bishop Amvrosy of Gatchina, rector of St. Petersburg Theological Academy, as well as Hegumen Philaret (Bulekov) and Archpriest Nikolay Balashov, DECR vice-chairmen.

The Commission considered a draft document on the Moscow Patriarchate’s Position on Primacy in the Universal Church prepared by the Commission’s secretariat and submitted to the Commission in pursuance of the Holy Synod Resolution of March 27, 2007.

After making some amendments to the draft, the Commission adopted it for submission to the Holy Synod for action.