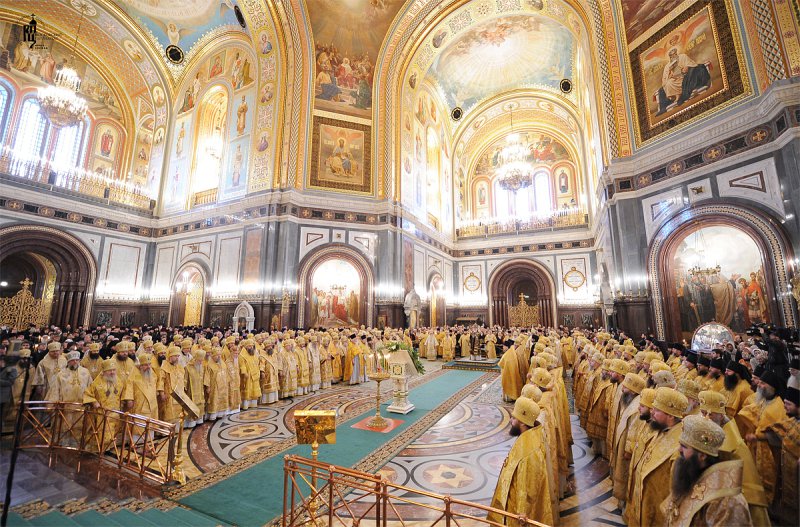 On February 1, 2012, the third anniversary of the enthronement of His Holiness Patriarch Kirill of Moscow and All Russia, the Divine Liturgy was celebrated at the Church of Christ the Saviour.

Among worshippers were Protopresbytor Matfey Stadnyuk, rector of the Cathedral of the Epiphany in Moscow, abbesses of convents, clergy and members of parish councils in Moscow.

Present at the service were Mr. Lupu, acting president of Moldova, Mr. A. Beglov, deputy head of the Presidential Administration, Mr. L. Slutsky, vice-chairman of the State Duma committee for international affairs, and Mr. A. Negutsa, Moldovan ambassador to Russia.

Moscow Mayor Sergey Sobyanin extended congratulations to His Holiness in the sanctuary.

After the liturgy, Metropolitan Juvenaly led a thanksgiving.

Then Metropolitan Vladimir of St. Petersburg read out a congratulatory address from the Holy Synod and presented Patriarch Kirill with an icon of Our Lady of Kazan, the Patriarchal Press Service reports.

The Primate of the Russian Church delivered a primatial homily.