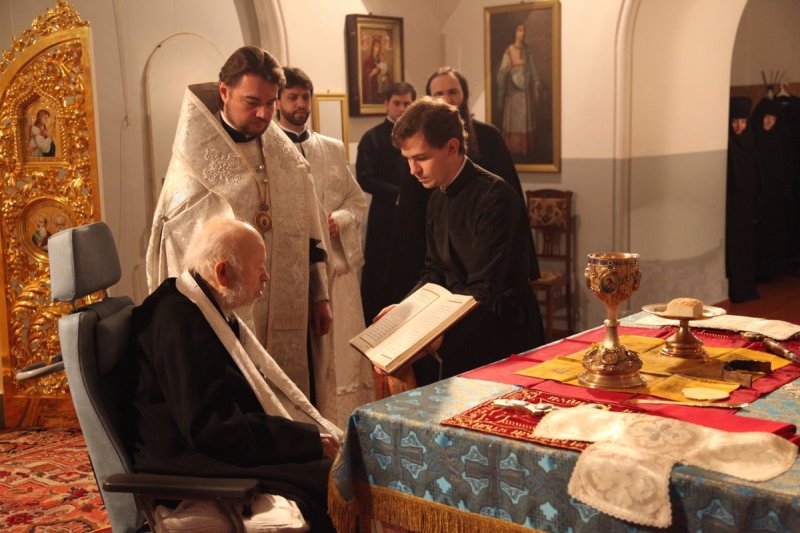 On 8 January 2012, the Sunday after the Nativity of Christ, His Beatitude Metropolitan Vladimir of Kiev and All Ukraine celebrated Divine Liturgy at the Cathedral in the Convent of the Intercession of the Mother of God in Kiev. Archbishop Aleksandr of Pereyaslav-Khmelnitsky and Vishnevoye and clergymen serving in the Convent concelebrated.

After the divine service, His beatitude Metropolitan Vladimir congratulated mother-superior, hegumeness Kalisfenia (Shamailo), and the sisters on the feast of the nativity of Christ, official website of the Ukrainian Orthodox Church reports.  It was the first Divine Liturgy celebrated by Metropolitan Vladimir after almost three months during which he was treated in a hospital in Kiev.