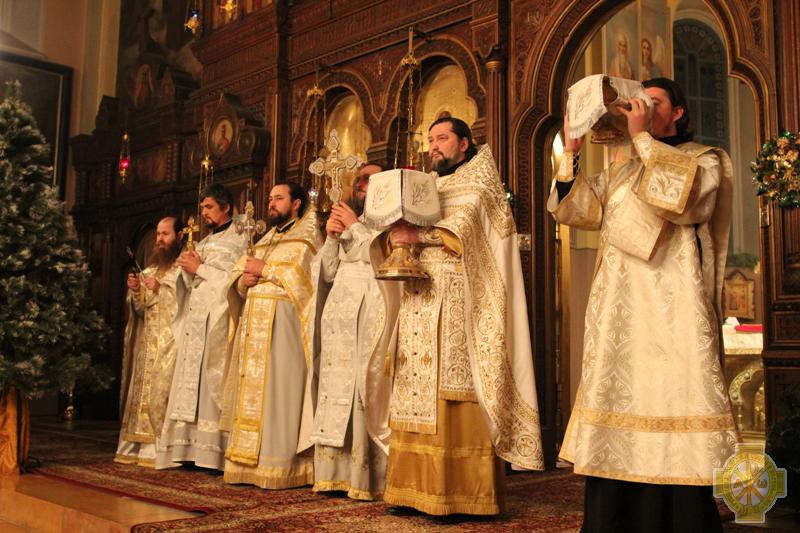 The Divine Liturgy was celebrated on Christmas night at the Cathedral of the Trinity of the Russian Ecclesiastical Mission in Jerusalem. Archimandrite Isidor (Minaeyv), head of the Mission, officiated. Praying were staff members of the Embassy of Belarus and pilgrims. After the Liturgy, guests and parishioners were invited to a festive repast, the website of the Russian Ecclesiastical Mission reports.

On January 7 the Nativity of Christ was celebrated also at the church of the Representation of the Russian Orthodox Church in Damascus. The Russian-speaking parishioners prayed at the Divine Liturgy in the Church of St. Ignatius the God-Bearer. A children’s party took place at the Representation of the Patriarch of Moscow and All Russia to the Patriarchate of Antioch. All those present were offered a festive meal; children received presents.

Festive divine services were celebrated in the stavropegic Church of St. Catherine the Great Martyr in Rome. Rev. Milan Just, a representative of the Pontifical Council for Promoting Christian Unity, who attended the service, conveyed greetings from the President of the Council, Kurt Cardinal Koch, to the rector, hieromonk Antoniy (Sevryuk).

The divine service was solemnly celebrated on Christmas night at the Trinity Church in Ulan-Bator. The rector, Rev. Alexiy Trubach, congratulated parishioners on the great feast. A Christmas party was held in the parish new cultural and educational centre. Many children of different nationalities, many with their parents, took part in it and received presents.

Orthodox believers in the Kingdom of Thailand also celebrated Christmas. They attended divine services in St. Nicholas Church in Bangkok, in the Church of All Saints in Pattaya and in the Trinity Church on the island of Phuket. The official website of the Russian Orthodox Church in Thailand reports that soloists of the State Academic Bolshoi Theatre and of the “Russian Opera” Theatre sang at the liturgy in Pattaya.

Christmas services were also celebrated in many other parishes of the Moscow Patriarchate located in different parts of the world.