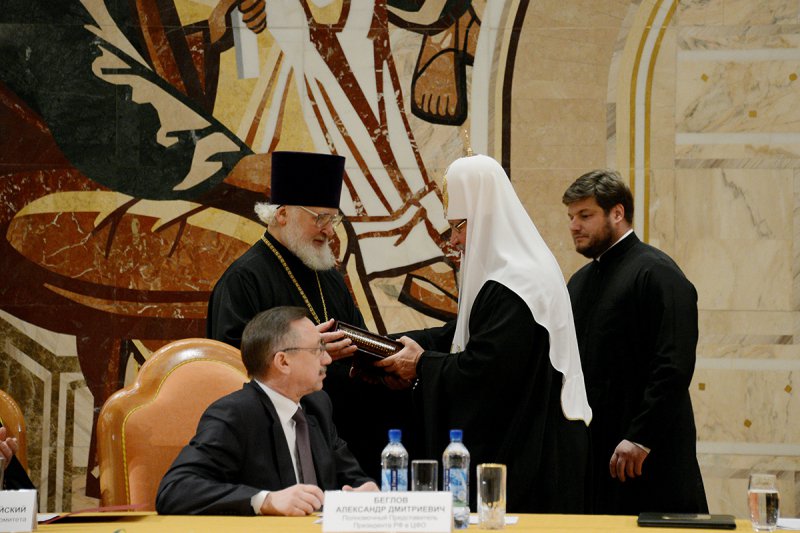 The 20th anniversary of St. Tikhon’s Orthodox University of the Humanities was celebrated at the Hall of Church Councils of the Cathedral of Christ the Saviour in the evening of 18 November 2012.

The Rector of the University, Archpriest Vladimir Vorobiev, greeted the Primate of the Russian Orthodox Church and all those present. He announced that the Academic Board had made His Holiness Patriarch Kirill of Moscow and All Russia doctor of theology honoris causa and gave him the diploma.

His Holiness addressed the participants with a primatial speech, donating a Kazan icon of the Mother of God with an inscription to the University and giving his blessing, distributing a small icon of the Saviour to students.

Church awards were presented to some professors, teachers and benefactors of the University with the blessing of His Holiness.